You are here: Home / Cellulite / Coolsculpting for Cellulite – Does It Work?

Cellulite is a problem for many women and some new non-invasive treatments of reducing cellulite appear from time to time. I have described already many anti-cellulite machines. Let’s take a look at the new treatment called 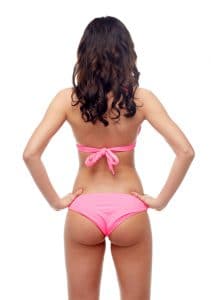 How Does Coolsculpting Work?

Coolsculpting is a new treatment that is quite different from other treatments. In Coolsculpting, also called Zeltiq Technology, the advanced cooling technology is used, which freezes fat cells. It’s the only technology that eliminates fat by controlled cooling, and it’s approved by FDA. It’s currently the leading non-invasive technology for fat reduction, according to www.coolsculpting.com.

The technology can be used on different parts of the body. One treatment takes about 35 minutes. The fat gets frozen, but the skin isn’t harmed at all. After the treatment you’re ready to go and do whatever you want to do.

There might be some side effects of the Coolsculpting Treatment, like temporary redness, swelling, bruises, numbness, stinging and pain.

The treatment is used especially for cellulite on thighs, butt and stomach, but unfortunately the results are not good. You need many treatments to reduce cellulite and the cellulite usually comes back. You can read reviews on www.realself.com, where even some doctors admit that it does not work, and they recommend some other treatments.

The point is that Coolsculpting was designed to reduce fat, not cellulite. Contradictory to what many people think, cellulite is not caused by fat, but by weak muscle fibers under the skin. You can learn more about cellulite causes here.

You can see some very slim women with cellulite too. Those women have no extra fat, but they have cellulite, because their muscle fibers got very weak, usually caused by a sedentary lifestyle.

The Cost of Coolsculpting

It’s not easy to find any prices for Coolsculpting online, mostly because the prices vary according to your problem areas and how many treatments you’ll need. The price will also depend on the size of the applicator you will need. There are also different varieties of large and small applicators.

Is There a Better Way Than Coolsculpting?

If you want to get rid of cellulite with Coolsculpting (Zeltique Technology), you need to spend at least $600 and wait for the results to see for at least a few weeks, or even months. You’ll most likely see only slight reduction of cellulite.

You could instead try Joey Atlas’ Naked Beauty Program, which usually cost less than $50, and get rid of cellulite completely in 1 month.

Of course, with Coolsculpting you can just sit and relax during the treatment. With the Naked Beauty, you need to have some discipline and put some effort to do the exercises. But instead of spending of hundreds of dollars, you’ll spend maybe $50 and you’ll get the results you want.

The Joey Atlas’ exercises are easy, won’t take much time and are fun. And what’s most important, they do work. Coolsculpting does not really work for cellulite and it’s very expensive. If you really can’t make yourself to follow the Naked Beauty Program, then you should get better results with Cellinea Pills than Coolsculpting.

For more information about cellulite visit Get Rid of Cellulite Fast